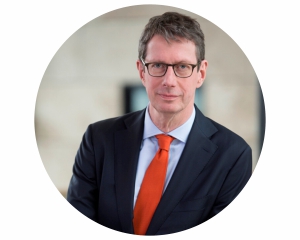 Roel is an experienced banking, investment, and workout professional with a focus on emerging market countries.

Roel is Chief Investment Officer of IDH Trade. As CIO and director of the IDH Innovative Finance team, he played an instrumental role in the launch and development of the Farmfit Fund, a blended finance fund aimed at improving the livelihoods of smallholder farmers. He helped design fund structure, investment strategy and governance. He engaged with both public and private investors.

From 2001 – 2017, Roel was an official at FMO (the Dutch development finance institution) where he occupied varied and progressively more senior positions.  He concluded his career at FMO as director of FMO Public Investment, where he oversaw Government-funded investment funds, as well as government supported projects in emerging markets using public funds of The Netherlands and the European Union.

Roel served for six years as director of Special Operations for FMO, where he lead a team handling distressed and stressed investments in emerging markets which FMO had funded. He oversaw the workout and recovery of a number of projects and served as a member of the Advisory Committees of, two multi-billion dollar Special Situation/Distressed Debt Funds (ADM Capital Maculus III and V). Prior to heading FMO’s Special Operations Group, Roel was a Senior Investment Officer who oversaw FMO private equity investments in LATAM.  In that capacity, he worked with private investment funds and also oversaw direct FMO investments in specific LATAM projects.