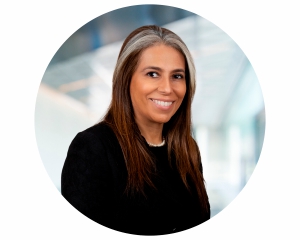 Beatriz is a businesswoman and an attorney with membership in both the New York and Colombian bar associations. She formerly was an elected official in Colombia.

Prior to the formation of La Cima, Beatriz spent twelve years at an international debt recovery company, GRG.  She rose from her initial position as Asset Recovery Manager to become director of the Latin American Portfolio, where she directed her six-person division in the workout, litigation and bankruptcy of approximately $800 million of commercial claims. An important part of his work was to create and maintain a network of lawyers, investigators, and business contacts throughout LATAM.  In 2013, she became Chief Operating Officer, a position she held for five years, where she helped oversee the general operation of the company, while continuing to oversee special projects in LATAM.

Beatriz executed the recapitalization of a number of debtor companies as a pathway to recovering on debt, including the Ecuadorian food processing company Confoco, S.A., a charter airline company in the Dominican Republic, an electrical parts manufacturing company in Colombia, a limestone quarrying company in Colombia, and a mining company in Mexico.  She was invited to a meeting of the International Union of Credit & Investment Insurers (the “Berne Union”) in Warsaw to discuss the creative strategies which she helped formulate and implement.

Previously, Beatriz  served as a Policy Manager for the Legal Department of Teleglobe Communications Corporation.  In that capacity she directed and oversaw 30 LATAM law firms to ensure compliance by Teleglobe and affiliates with local commercial, tax, labor and other laws and regulations, as well as corporate and commercial transaction involving LATAM.

Prior to relocating to the United States, Beatriz was elected Mayor of Usaquén, a municipality within the city of Bogota containing a population of roughly half a million people.  Before that she had worked for the Colombian Controller's Office and the Attorney General’s Office.